Blogs are used by many folks these days. From personal family blogs, coupon blogs, mommy blogs to the business blogs to showcase products or services. Blogging can be a hobby, an extra income source or even a career. It’s sometimes hard to keep everything organized and running smoothly having to keep up with affiliates & sponsors, ad space, scheduling upcoming posts, reviews + giveaways.

I have searched far + wide to find free printables that were suitable for myself to use. I would love to create my own in the future, but until then…here are my favorite free printables to create your very own blog planner. The only other thing that I have added to the following was a general year at a glance holiday page so I could decide what type of Blogging Events I have wanted to join in on and a yearly analytics sheets so I can keep track of the social media + blog stats for quick findings.

Blog Planner from Confessions of a Homeschooler

This is my first go to in regards to a planner. I actually even use the lesson planner for our homeschool as well. This blog planner has almost everything I needed. 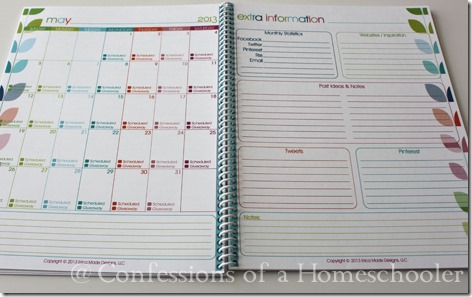 Visit Confessions of a Homeschooler – free 2013 Blog Planner to download.

This is a one page (only one I have seen to date) product review worksheet. You can print off as many as you need. Simply fill in the information about the product, due date + sponsor details as your reviewing the product so you don’t forget about those likes + dislikes before you have the chance to sit down to write about it. 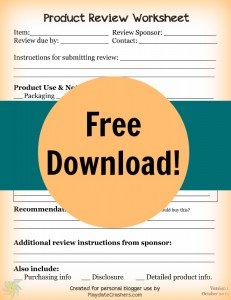 Visit Playdate Crashers – Product Review Worksheet to download.
Please leave a comment to let us know of any free blog printables that you have seen. If you could request printables to be made for a planner, what would you like to see?
Continue Reading

This year Elijah has been doing better with sitting still and actually using worksheets and book work. Last year was mostly learning through daily life, educational games on the computer and documentaries (he’s beyond obsessed with them). Nevaeh is still not of age for school, however she has been going through a lot of the same routine that her older brother has this year. She seems eager to learn just because she sees her brother doing it. Big smiley in my book.

This year, Elijah has been going through “Teach Your Child to Read in 100 Easy Lessons” as well as using flash cards for phonics and sight words. Our flash cards came from Starskills. I will be posting a review of the Starskills Early Learning Program that is 40 weeks long, broken down into four (4) ten week sections. We have began this program over the last few weeks and I do highly recommend it so far. We also use Starskills for printable alphabet + numbers, counting worksheets and more. You can keep up to date with new Starskills programs on facebook: http://www.facebook.com/starskills.

We use a set of Weekly Reader “Just Ask” books for reading/comprehension. Angel Bear Yoga (physical fitness, building positive character traits, building communication + more). And we just began using ABC Bible Verses that we found through pinterest that we printed out and fit inside of baseball card holders for a weekly bible verse (devotional + memorization).

Other than that, we fit in math, arts and crafts, life skills, etc into our everday living. Measuring in the kitchen, making our own laundry + cleaning supplies, folding + putting away their own clothes, choosing the cheapest of a certain item in the store, saving + spending their own money, etc. The list goes on in our homeschool.

PS: If you don’t remember my post at the beginning of this school year (here), I use free printables from Five J’s to create my homeschool binder (yearly attendance chart, weekly assignment sheets). I also use DonnaYoung.org for printables for our reading list and a google doc file with an ongoing list of documentaries that we have watched.

I began by creating a binder using www.fivejs.com free printables to plan our school year out and to create our schedule. We do use more of an unschooling approach allowing the kidlets to learn through everyday living. 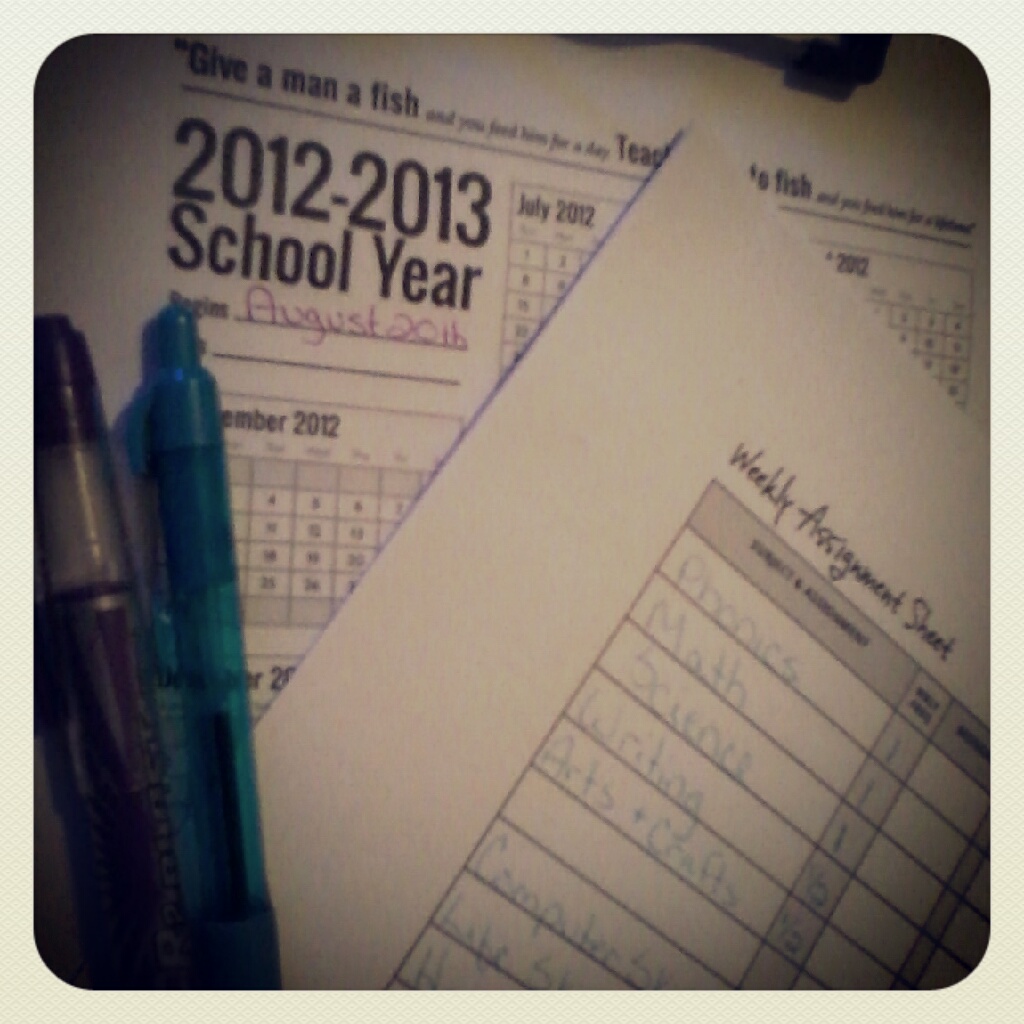 Home Ec and Life Skills such as cooking, cleaning, and hygiene are going to be some of our big points this year to focus on. With Elijah being Autistic, I think this is important for him. We will also concentrate on phonics, arts and crafts, animal science (including dinosaurs), math (counting, time, measurements, etc) and physical education.

Elijah is pretty excited to begin ‘schooling’ now so he chose to make corndog muffins for lunch today. A great idea that we found on pintrest this morning. 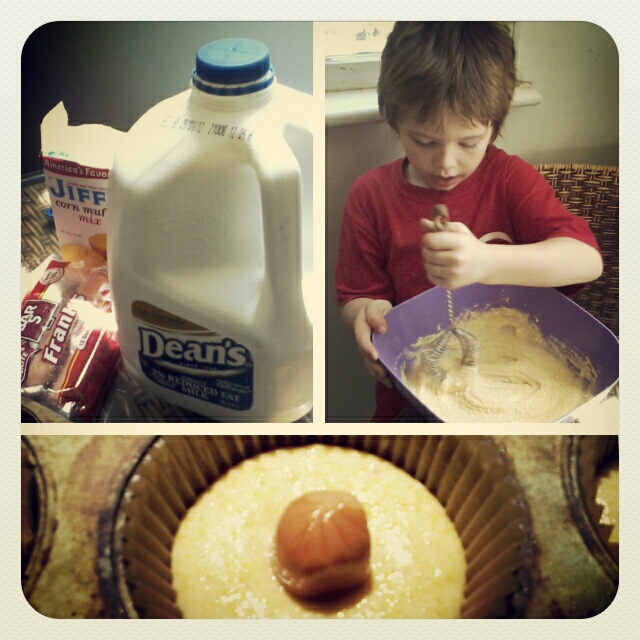 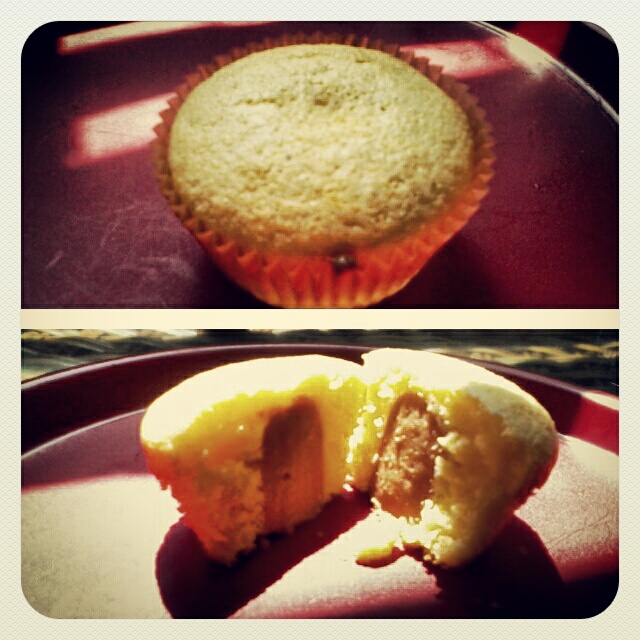 May 21, 2012 No Comments
Disclaimer: This post is For Adults Only!
While this blog post is family-friendly, links included may take you to pictures that are potentially inappropriate or offensive to some readers.
Continue Reading

Want to keep up with the fruit + veggie intake you have on a daily basis? Print these cute babies out, laminate + check off daily. Wipe clean + repeat! Like the 5 a Day above, this is for your water intake. To save on printing, laminate, check off daily, wipe clean at the end of the day + start all over! Wind In The Willows Friend Portraits

This is a lovely idea for a children’s room, play room or maybe even a school room for those that are homeschooling. Print these critters out, use scrapbook paper for the background & frame. Have the kidlets help create these for their own rooms! Since it’s been heating up outdoors, many are probably grilling out more often. These are a great way to decorate those cupcakes and other treats for the occasion. Create a grocery staples checklist to print out + keep inventory on what you have stocked up (or what you need to pick up on your next trip out)! For those that don’t know, my 6 year old son, Elijah, was diagnosed with Autism (specifically Asperger’s) and Sensory Integration Disorder. He dislikes a lot of textures, smells, taste and slimey-ness of a lot of foods (as well as the feel of clothing, noises around him, people touching him and so on). He went to food therapy for a few months and did fairly well opening up to playing/touching the foods at that time. Since then we’ve been working with him at home but Elijah didn’t really like the idea of trying to eat the new foods. It’s always been a fight trying to get him to eat the same meal for dinner that everyone else in the household has. I usually end up making a separate meal for him about 5 nights a week just so we don’t have the same “fight” every night.

Now, out of the blue, he has been very open to trying new foods without a fight! I have started with things that I know he likes.

For example, we found out he likes Potato and Noodle Stroganoff last week. He has always liked potatoes. And he likes hamburger. So I made potato strognoff, told him and showed him as I cooked it what everything was. He sat down by himself (I took my daughter in the other room with me) to give him privacy. He came to me a few moments later with an empty bowl and asked for more!

A few days later, I made the same thing but with noodles this time. And I told him what was in it. He did the same; ate two bowls! And today, he ate Fettucine Alfredo for the first time and loved it. Said he wants the broccoli next time!

And he is liking a lot of the foods that I make on a regular basis now. So maybe we will finally have the chance for everyone to have the same meal for dinner the majority of the time rather than having the “food fight” rule over our dinners.

PS: He does NOT normally sit alone to eat his meals. I did this a few times with him to give him the space and comfort level he needed to try these new foods out. I personally think if he’s in his own “bubble” he is more open to trying new things whether it be food or anything else.

April 28, 2012 No Comments
Disclaimer: This post is For Adults Only!
While this blog post is family-friendly, links included may take you to pictures that are potentially inappropriate or offensive to some readers.
Continue Reading

April 27, 2012 No Comments
Disclaimer: This post is For Adults Only!
While this blog post is family-friendly, links included may take you to pictures that are potentially inappropriate or offensive to some readers.
Continue Reading

My children have many allergies. Making homemade crafts & cleaning supplies are one way I can control what they come in contact with. Here are a few ‘recipes’ for craft supplies that I have gathered over time.

Instructions:
Seperate salt into piles, and mix each pile with food coloring in a ziploc bag. Spread salt our on a cookie sheet and let dry. Store extra glitter in a tupperware container. Best of all glitter made fr
om salt can’t cut your eyes like regular store bought glitter.

Instructions:
Mix all ingredients together for about 5 minutes and then it is ready to use. To keep the clay from drying out you can store it in tuperware containers.

Instructions:
Mix the plaster of paris and most of the water together, add 1-2 tbs. of tempera paint and mix well. Add enough water to thicken mixture. Pour into ice cube tray and let dry, then just pop it out and it is ready to use.

Procedure:
Grate bar of soap until it is in fine shreds. Melt with 1/2 cup water over med heat. In a bowl combine cornstarch, 1/2 cup water, and melted soap mixture. Stir to blend. Let mixture sit and thicken. Divide into as many separate bowls as you want colors (so for 6 colors, use 6 bowls) Stir in ‘colors”

For colors: Get creative…you can mix 1/4 cup fruit juices with 2 cups of water, or you can add the juice from canned beets (straight instead of water). For browns you can use tea, for yellow you can mix turmeric with a little bit of water to make a paste. Once your dough is prepared, you can kneed in the colors.

NOTE: For thicker consistency paint: Mix 1 packet of gelatin with 1/4 cup of water. Add to the cornstarch, water and melted soap mixture.

Procedure:
Stir together flour, cream of tartar, salt and oil. Slowly mix in the water. Cook over medium heat stirring frequently until dough becomes stiff. Spread onto wax paper and let cool. Kneed dough with your hands until it reaches the desired consistency.

Note: You can add a few drops of color after you stir in the water (over the heat) to get colored dough. Get creative…you can mix 1/4 cup fruit juices with 2 cups of water, or you can add the juice from canned beets (straight instead of water). For browns you can use tea, for yellow you can mix turmeric with a little bit of water to make a paste. Once your dough is prepared, you can kneed in the colors.

February 20, 2012 No Comments
Disclaimer: This post is For Adults Only!
While this blog post is family-friendly, links included may take you to pictures that are potentially inappropriate or offensive to some readers.
Continue Reading
« Previous 1 2 3 4 5 … 7 Next » 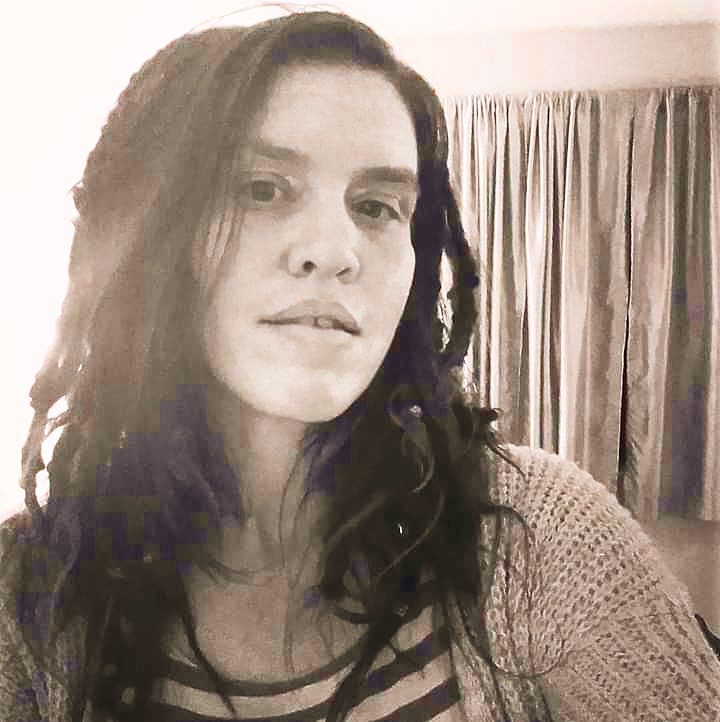